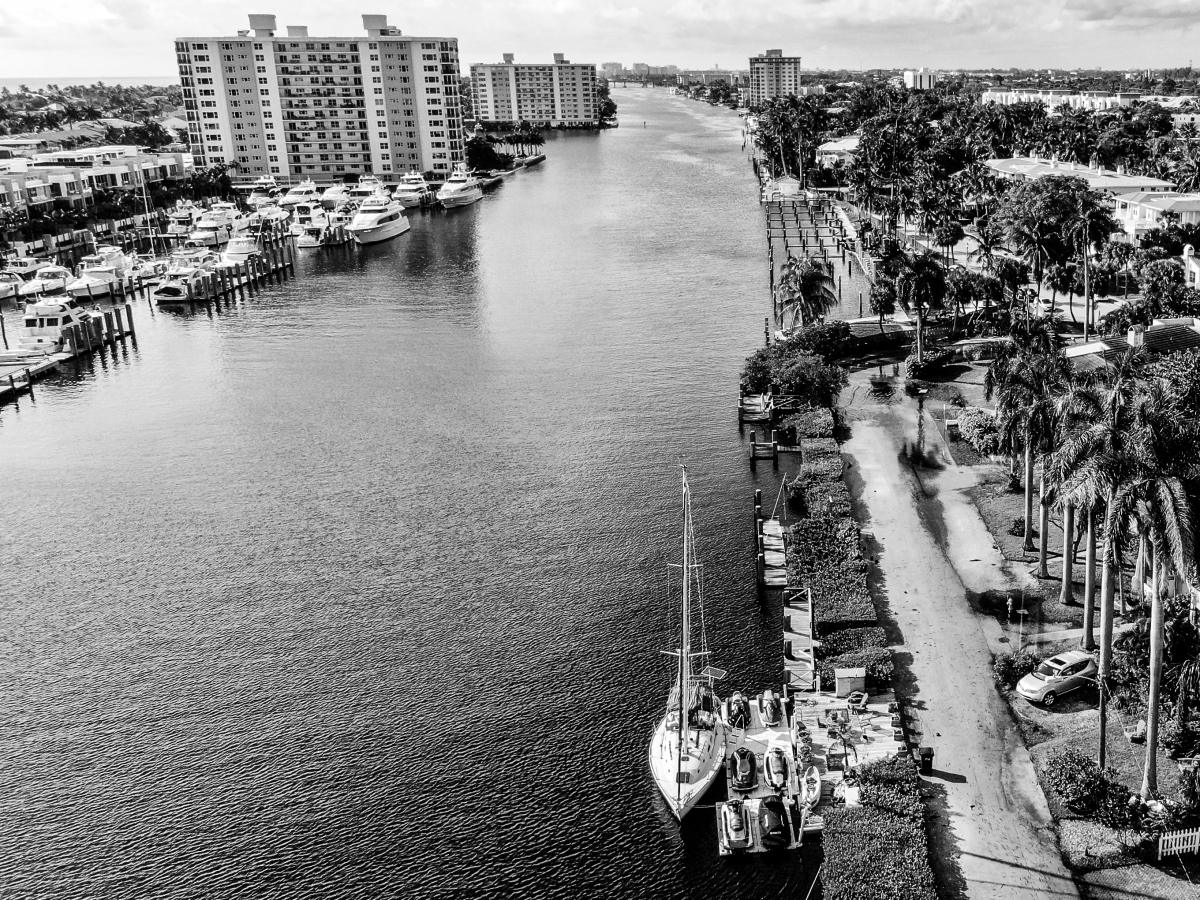 An official with the National Oceanic and Atmospheric Administration told a Boston-area newspaper that it’s time to stop calling the chronic tidal flooding that’s plaguing coastal communities “king tides.” William Sweet, an oceanographer with the agency, told the Patriot Ledger that king tides — higher than normal tides that occur due to an alignment of the earth, sun and moon — have always been around, but they’ve only started to flood many locations in recent years. “We might as well call it what it is,” he told a reporter. “It’s sea level rise flooding.” The Patriot Ledger article by Jessica Trufant does an excellent job of explaining the sea level rise flooding problem and the threat it poses to coastal real estate. 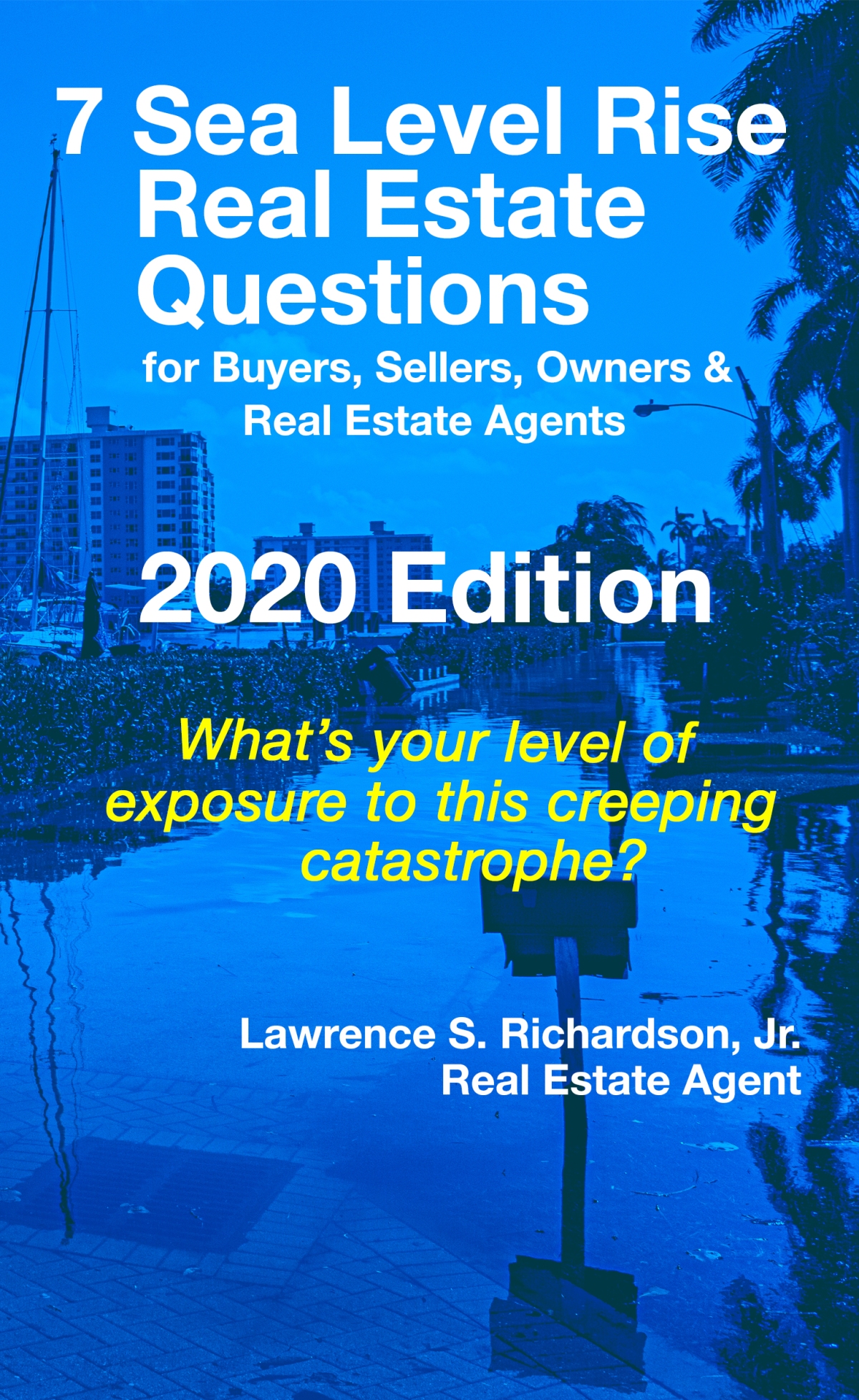 After decades of reading studies describing how sea level rise will one day impact our world, I’m seeing more and more reports from cities and towns all along the Atlantic, Pacific and Gulf of Mexico coastlines that are now being forced to deal with actual sea level rise flooding that’s impacting real estate and critical infrastructure. (Search the term “sea level rise flooding” online, and you’ll see what I mean.) Of special note is the fact that the coverage is also shifting from storm surge events, where hurricanes, tropical storms and other extreme occurrences send floodwaters over land, to so-called seasonal king tides that due to an alignment of the sun and moon cause flooding even on the sunniest of days.

In South Florida, where I live, not too long ago king tide/sea level rise flooding was easy to hide. It occurred mainly in the fall and only seemed to affect a smattering of vulnerable neighborhoods. Now, the flooding is occurring with greater frequency, for longer periods, and with increasingly harmful effects. The now very obvious flooding is starting to set off alarm bells for public officials and private and commercial real estate owners as they come to realize that sea level rise flooding is going to get worse in the years to come.

To try to help buyers, sellers, owners and real estate agents to get a firm grip on the nature of the problems posed by sea level rise flooding, I wrote “7 Sea Level Rise Real Estate Questions” and released it this month in paperback and Kindle versions on Amazon.com.

The book explains what sea level rise flooding is, and the threats it poses to real estate buyers, sellers, owners, and agents, as well as communities and entire regions. For example, property owners who are experiencing actual sea level rise flooding can face increased home maintenance costs and the potential for their homes to lose value. These property owners and owners in areas that are experiencing flooding but whose property isn’t itself being inundated at this time are both at risk of ballooning flood insurance premiums and higher taxes, as governments try to rescue infrastructure by taking steps such as raising roads and water and sewer pipes, building higher sea walls and installing pumps. In addition, those who own property located in communities governed by homeowner’s associations and condo associations could also see a spike in dues and special assessments to fund remediation efforts.

The simple fact is sea level rise flooding will get worse in 2020. To protect their financial futures, buyers, sellers, owners and real estate agents in coastal areas need to get educated and stay informed about this challenge.

In the coming year, I will post the latest developments on SeaLevelRiseRealEstate.com and release an updated version of “7 Sea Level Rise Real Estate Questions” in December.

As South Florida and the Keys recover from a difficult season of king tide sea/ level rise flooding, the Sun Sentinel published an editorial earlier this month that listed the many challenges the region is already facing from flooding and the many ways federal and state leaders are failing to adequately address the problem.

Among the concerns are neighborhoods that were flooded for months during the fall because higher seas gave the floodwaters nowhere to drain, commercial flood insurance premiums jumping 18 percent a year in parts of the Keys that may put them completely out of business in five years, and threats to corals, birds and fish due to warmer ocean temperatures and acidification in a region that depends on the natural world for tourism.

The newspaper’s editors commended the Southeast Florida Regional Climate Change Compact, which is comprised of South Florida and Keys county governments and governing bodies overseeing over 100 cities and two Native American tribes in the region, for demanding action now to take on the challenges posed by sea level rise flooding. They also commended Gov. Ron DeSantis for sending his chief resilience officer, Julia Nesheiwat, to the 11th annual climate summit held this fall in Key West, even if he had to cancel his appearance at the last minute due to “extenuating circumstances.” But they’re critical of Florida Senators Rick Scott and Marco Rubio for making zero effort to attend or send representatives to help them address the problems. (Maybe they’ll overcome their climate change denialism when more of South Florida real estate is inundated.)

What’s clear from the editorial and out every-day experience in the region is that South Florida and the Keys need strong federal and state leadership and financial assistance to address sea level rise flooding NOW. Ignoring the threat rising flood waters pose to our way of life won’t make them go away. We’re at the front line of the battle against sea level rise, but other coastal communities in the U.S. are starting to wake up to the same siren.

Many municipalities are using federal funds to buyout properties that are experience chronic sea level rise flooding. Buyout programs are initiated under the Federal Flood Insurance Program when officials estimate it’s costing more to the program to cover the costs of repair and rebuilding than to just purchase the properties and tear them down.

As with most sea level rise solutions, buyouts have their limits. In this excellent opinion piece published in Florida Today, Thomas Ruppert, Esq., a coastal planning specialists, discusses the problems faced by buyout programs, including an enormous expense to taxpayers, potential lawsuits from owners when cities and towns decide it’s too expensive to defend their property, and the risk that buyers and owners in coastal communities will come to rely on buyouts as a guaranteed solutions when their properties are inundated, when such a promise could actually bankrupt governments.

Several interactive websites show how coastal areas will be impacted by sea level rise in the decades to come. A map included in a new report from the California Legislative Analyst’s Office titled “Preparing for Rising Seas: How the State Can Help Support Local Coastal Adaptation Efforts” shows which areas would flood in the San Francisco Bay Area as the seas rise. This article on the SFGATE website describes how the information can be used to protect people and real estate from the inevitable inundation.

The New Jersey Department of Environmental Protection (NDJEP) recently released a study that concludes seas will rise substantially if humans don’t reduce the amount of greenhouse being released into the atmosphere. The study, prepared by researchers at Rutgers University, says seas could rise from 2000 levels by up to 1.1 feet by 2030, 2.1 feet by 2050, and 6.3 feet by 2100. Garden State officials are using the report to guide them as they decide how to meet the challenges posed by sea level rise flooding.

“New Jersey has much to lose if we do not act quickly and decisively to adapt to the realities of climate change,” DEP Commissioner Catherine R. McCabe said in a news release. “This study illustrates the sobering reality that our coastal landscape will change drastically, and we must act with urgency to ensure the long-term viability of our coastal and waterfront communities. These projections now serve as important baselines for developing policy directions, including changes to land use regulation, that New Jersey must adopt to address these challenges.”

You can read more about the Rising Seas and Changing Storms study here.

Welcome to SeaLevelRiseRealEstate.com! This site is intended to keep readers of “7 sea Level Rise Real Estate Questions” up to date on the latest developments regarding sea level rise until the next edition is published in December 2021.

Developments in sea level rise science are happening so fast that predictions made today probably won’t be valid tomorrow. Unfortunately, each update has been in the direction of seas rising at a faster than expected rate, rather than slower. The latest moderate predictions are calling for three feet of sea level rise by the end of this century. The high-end predictions, which are starting to look more likely, have sea level rising up to six-and-a-half feet by 2100.

Regardless of the predictions, sea level rise flooding is already impacting our Atlantic, Pacific and Gulf of Mexico coastlines. Properties are already being inundated, especially during higher than normal king tides, which mainly occur during the fall. And governments are already spending hundreds of millions of dollars implementing plans to hold back the rising seas and safeguard critical infrastructure, such as roads, water and sewer pipes and entire military installations.

With this dire outlook, buyers, sellers, owners, and real estate agents in coastal areas must educate themselves about the risks posed by sea level rise and act on the information they gather. An experienced real estate agent in South Florida — the front line of sea level rise due to the regions low elevation — and experienced journalist, I wrote “7 Sea Level Rise Real Estate Questions” to give all interested parties a firm understanding of what sea level is, the risks it poses to coastal areas, and the resources and questions that need to be asked that will help them to decide how to proceed with a property of interest located in a coastal community.

Please visit this site often for the lasted reports on sea level rise and its impact on our communities.