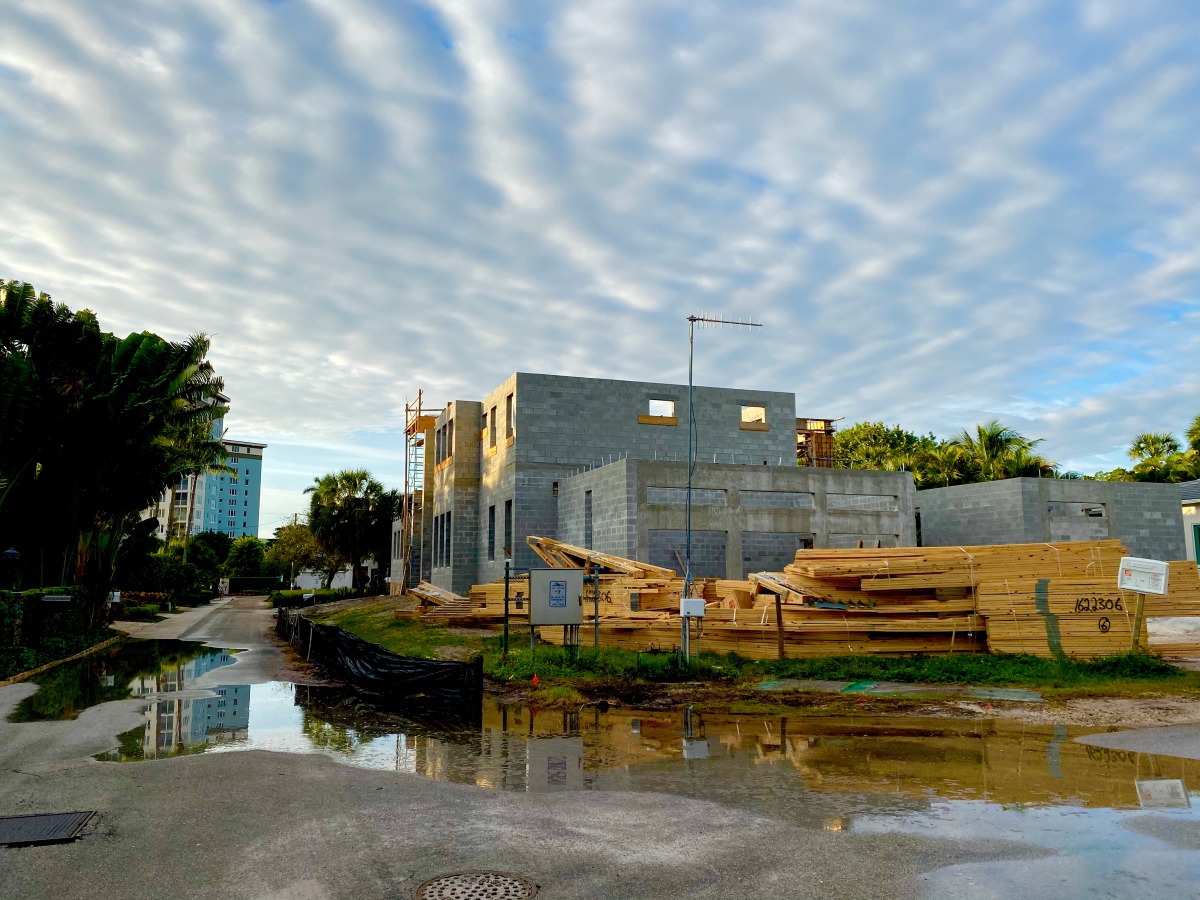 Tired of sitting idle while sea level rise flooding inundated their neighborhood, an enterprising group of citizens in Norfolk, Virginia, decided to band together and develop a King Tide app. Dave Mayfield, a former environmental reporter, told CBS he was depressed from all the bad climate change news so he came up with the idea for the “Catch the King” app. Now hundreds of residents are measuring the timing and extent of king tide and sea level rise-driven flooding that emerges out of Callie Bay. Their data will help mappers to improve the accuracy of their tide and flooding forecasts.

The CBS report by Brooke Silva-Braga includes a quote from a new resident who didn’t know about the regular flooding of his yard until after he bought the property. He said it cost him $90,000 to raise his property. That, my friends, is why I wrote “7 Sea Level Rise Real Estate Questions.” The book tells folks buying in coastal areas — as well as sellers, owners, and real estate agents — what they need to know about sea level rise flooding BEFORE they decide how to proceed in a real estate transaction. Virginia, incidentally, is one of the states with the laxest seller disclosure requirement laws, which is also discussed at length in the book.

In 2019, a Florida Building Commission subcommittee agreed with the findings of a Florida International University study that recommended that builders elevate new construction in coastal regions another foot to accommodate sea level rise. Craig Fugate, who served as the state’s director of emergency management and FEMA administrator during the Obama presidency, told the Miami Herald that in the face of climate change and hurricanes, “We cannot keep building the way we always have an expect a different outcome in future disasters.”

Every foot a structure is built over the base flood elevation can result in substantial savings in flood insurance premiums. Some developers, however, oppose the move because it can be costly. The next time the Florida Building Commission could change the code to require higher elevation for new building projects is 2023. Read more here.

Sea level rise is a threat along the Atlantic, Pacific and Gulf of Mexico coastlines. Officials in coastal communities are increasingly waking up to the threat of sea level rise-driven flooding and creating plans to combat it to protect real estate and their way of life.

Officials in Santa Barbara, CA, are putting finishing touches on a report due to be released next month that will include recommendations on how the city can mitigate sea level rise flooding damage. According to an article in The Log, a publication for California boating and fishing enthusiasts, the report will call for changes to the harbor breakwater, a program to more closely monitor the shoreline, and raising the city pier and marina facilities.

Without the modifications, experts predict sea level rise will claim the city’s sandy beaches by 2060 and the harbor will become unusable by 2100. Read more here.

The New Jersey Department of Environmental Protection (NDJEP) recently released a study that concludes seas will rise substantially if humans don’t reduce the amount of greenhouse being released into the atmosphere. The study, prepared by researchers at Rutgers University, says seas could rise from 2000 levels by up to 1.1 feet by 2030, 2.1 feet by 2050, and 6.3 feet by 2100. Garden State officials are using the report to guide them as they decide how to meet the challenges posed by sea level rise flooding.

“New Jersey has much to lose if we do not act quickly and decisively to adapt to the realities of climate change,” DEP Commissioner Catherine R. McCabe said in a news release. “This study illustrates the sobering reality that our coastal landscape will change drastically, and we must act with urgency to ensure the long-term viability of our coastal and waterfront communities. These projections now serve as important baselines for developing policy directions, including changes to land use regulation, that New Jersey must adopt to address these challenges.”

You can read more about the Rising Seas and Changing Storms study here.