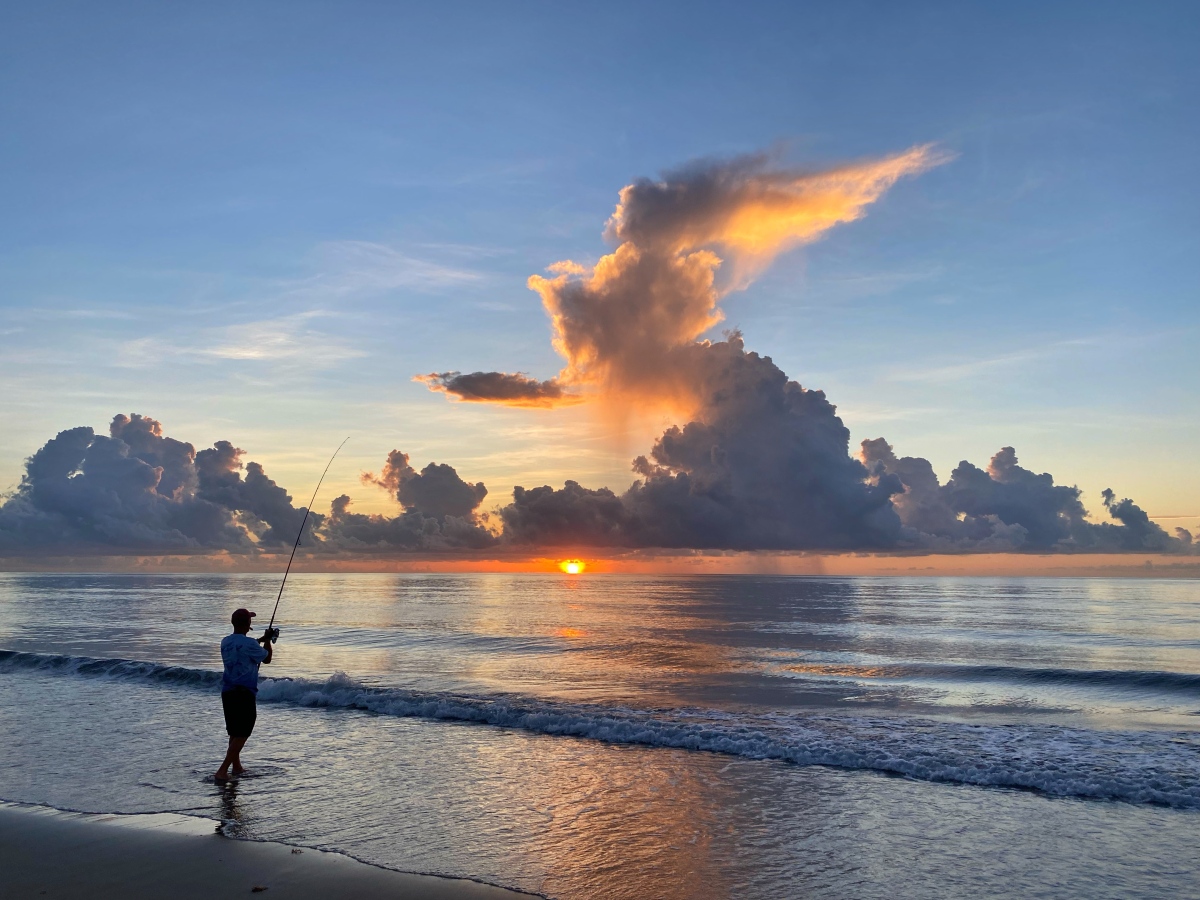 The concentration of human-produced gases that are driving climate change and sea level rise reached record highs in 2021 and that’s bad news on several fronts, according to the State of the Climate Report issued this week by the U.S. National Oceanic and Atmospheric Administration.

“The data presented here in this report are clear — we continue to see more compelling scientific evidence that climate change has global impacts and shows no sign of slowing,” said Rick Spinrad, Ph.D., NOAA’s Administrator, in an article posted on the agency’s website. “With many communities hit with 1,000 year floods, exceptional drought and historic heat this year, it shows that the climate crisis is not a future threat but something we must address today as we work to build a Climate-Ready Nation — and world — that is resilient to climate-driven extremes.”

Among the report’s notable finding:

NOAA released the 32nd annual State of the Climate Report with the hope that the data will be used to spur the world into action and reduce the amount of fossil fuels — coal, oil and natural gas — burned around the world. The United Nations has been warning for years that nations must curtail greenhouse gas emissions or we will face global catastrophe. “The evidence is irrefutable: greenhouse gas emissions are choking our planet & placing billions of people in danger,” UN Secretary General Antonio Guterres tweeted last year. “Global heating is affecting every region on Earth, with many of the changes becoming irreversible. We must act decisively now to avert a climate catastrophe.”

Coastal communities and real estate owners in the U.S. are already spending billions of dollars to address coastal flooding due to sea level rise. Every year the world doesn’t reduce greenhouse gas emissions will add to the cost and destruction of property and the environment.

A few weeks ago, the National Oceanic and Atmospheric Administration (NOAA) released a startling report that predicted the US coastline would see on average a foot and up to 18 inches of sea level rise by 2050. The agency said the next 50 years of potential sea level rise after that will be heavily influenced by the amount of fossil fuels — coal, oil, and natural gas — that’s burned, releasing carbon dioxide (CO2) into the atmosphere and causing it to continue warming up. This week, the long-term sea level rise outlook took a turn for the worse when a report was released that said the world reached a record for CO2 emissions in 2021.

The International Energy Agency (IEA), an autonomous intergovernmental organization that helps countries shape energy policies, analyzed public and private energy and economic data to reach the conclusion that “global energy-related carbon dioxide emissions rose by 6% in 2021 to 36.3 billion tonnes, their highest ever level”. The IEA blamed the increase in CO2 emissions on the global economic recovery from the Covid-19 crisis and an increased reliance on coal when the price of natural gas spiked.

The IEA said in a press release that the “world must now ensure that the global rebound in emissions in 2021 was a one-off and that an accelerated energy transition contributes to global energy security”.

The recent NOAA report explained why reducing, not increasing, emissions is critically important to coastal communities. The report said: “About 2 feet (0.6 meters) of sea level rise along the U.S. coastline is increasingly likely between 2020 and 2100 because of emissions to date. Failing to curb future emissions could cause an additional 1.5-5 feet (0.5-1.5 meters) of rise for a total of 3.5-7 feet (1.1 – 2.1 meters) by the end of this century.”

It’s important to note here that the government researchers admitted that they’re still not exactly certain what impact sudden changes in glacial ice melt in Greenland and Antarctica could have on sea level rise in the decades to come. An ice shelf collapse that results in a sudden release of land based-glaciers into the ocean in Antarctica or a rapid acceleration in the melting of land-based snow and ice in Greenland could lead to a faster than predicted increase in sea level rise.

The bottom line here is that if humans don’t radically cut back on the release of CO2 and other greenhouse gases into the atmosphere, all of the sea level rise predictions could turn out to be dangerously conservative. The first one foot of human-driven sea level rise is costing coastal communities — and residential and commercial real estate owners — billions of dollars to repair flood damage and prevent additional damage. The next foot of sea level rise in the next 30 years will certainly compound the problem. Add more on top of that and a lot of coastal real estate will become uninhabitable.

On Saturday, June 20, the Siberian town of Verkhoyansk located above the Arctic Circle hit a scorching, all-time record high of 100.4 degrees. What’s that have to do with those of us who live thousands of miles away in the U.S.? As residents of the same planet, a lot.

Second, the heating of northern climes isn’t just a matter of extreme summer weather. Under the spell of the sun that never sets this time of year up there, the land surface heats up and permafrost begins to melt. As it melts, methane, a more potent but not as long-lasting greenhouse gas is released into the atmosphere, leading to even more warming. The feedback cycle generates more and more melt and more and more methane release.

We’re not done with second point yet. The heating of the northern climes also leads to the normally damp land drying out, which results in forest fires. The fires pose at least two threats: They release more carbon dioxide into the atmosphere — accelerating global warming — and the soot can settle on snow and ice fields. There, the dark soot absorbs solar radiation which result in faster melting. The water pours into the ocean contributing to sea level rise. Scientists witnessed this dynamic when wildfires in Canada coated Greenland’s ice sheet in soot and melting occurred at a faster rate.

Third, the global warming-driven record high temperatures in Siberia, Alaska, Greenland and other high latitude locations can alter weather patterns. Specifically, they can cause a buildup of high pressure areas that stall the jet stream, which normally keeps weather systems moving from west to east. When they stall, they, too, can heat up. This is contributing to the seemingly never-ending series of monthly high temperature records being set around the globe.

So, what’s all this have to do with you (us)? Record heat above the Arctic Circle is clearly a warning sign that the climate is changing more rapidly than many scientists anticipated. We have pumped more carbon into the atmosphere than has been recorded in millions of years. As a result, there is the very real risk that high temperatures now considered unusual will soon become the norm while extreme high temperatures become, well, more extreme. This cycle could accelerate to the point where, quite frankly, parts of the planet could become inhospitable to human life.

The reality of rapid global warming already poses a threat to millions of people who live in coastal areas. Many of us reside in cities and towns that are already experiencing sea level rise flooding or will likely experience it in the coming years. If the planet warms faster than expected, it’s likely that the rapid melt Greenland experienced due to extremely high temperatures last summer will become the norm. The warming could also cause the Arctic ice sheet, the other major contributor to higher seas, to become further destabilized as floating ice sheets that hold back inland glaciers break off the continent. If enough sea ice vanishes, inland glaciers could become uncorked and rush from land into the sea. The combination of melt in Greenland and a river of Arctic glaciers spilling into the ocean could lead to seas rising much faster than predicted when many locations are already struggling with the foot or so of sea level rise that’s been recorded in the last hundred or so years.

The bottom line for you (us) is global warming is fact. The heating we’re now witnessing and its consequences was anticipated decades ago by the majority of climate scientists. The only real X-factors are how much fossil fuels we’ll burn in the years to come and exactly how fast they’ll warm the atmosphere, ocean and land.

So where does this leave you (us)? Science says the only way to stop the dangerous global warming feedback loop is for humans to burn less fossil fuels. It’s that simple. To achieve this objective, we need to elect leaders who are dedicated to the cause and give our business to companies that help us to trade fossil fuels for environmentally-friendly energy sources.

If we fail to cut back on releasing carbon into the atmosphere, the tiny town in Siberia will prove to be the canary in the coal mine none of the miners listened to. 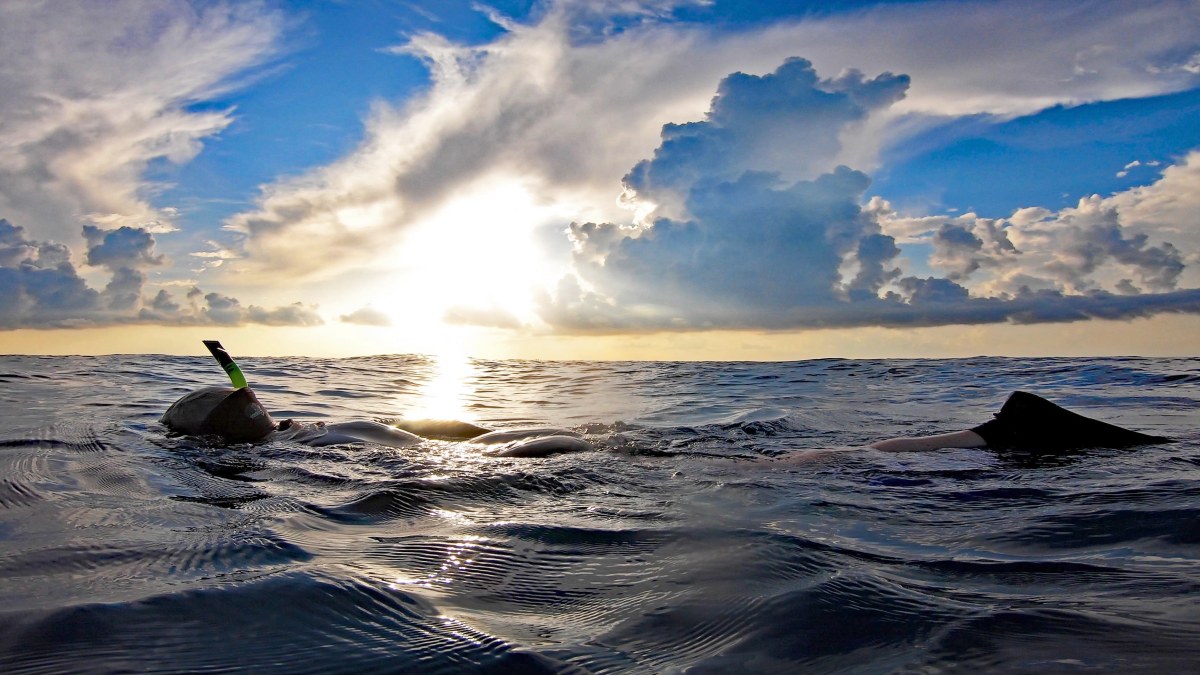 Researchers released a report this week that concluded that the ocean temperature hit a new record last year. This is a problem for all of us. The world’s oceans store 90 percent of the heat generated from global warming.

The 2019 record isn’t a one-off either. It’s part of a disturbing trend. The researchers reported that the oceans were the warmest ever over the last 10 years.

Hotter oceans contribute to the warming of the atmosphere and land on a global scale. As a result, we will continue to see more extreme weather, including wildfires, droughts and stronger tropical storms and hurricanes. Sea life is also being harmed.

Hotter oceans are also intensifying and accelerating the two major drivers of sea level rise flooding. Land-based ice sheets will continue to melt faster, sending more runoff into the oceans. And the oceans themselves will continue to expand as they heat up.

Scientists have been calling for anywhere from three-to-six feet of sea level rise by 2100. A foot or two of that total could be on our doorsteps by 2050.

Coastal communities are already struggling to protect lives and real estate with the foot or so of sea level rise that has accumulated since 1900. Many already need hundreds of millions or even billions of dollars to defend roads and other critical infrastructure. With funding in short supply, many communities are putting off these critical projects, which puts lives and property at risk.

When you combine the ocean heating analysis, published in the journal Advances In Atmospheric Sciences, with reports that have found accelerating atmospheric temperatures — 2019 was the second hottest on record for the globe — it’s clear that buyers, sellers, owners, and real estate agents need to start taking sea level rise flooding seriously when they’re dealing with coastal real estate.