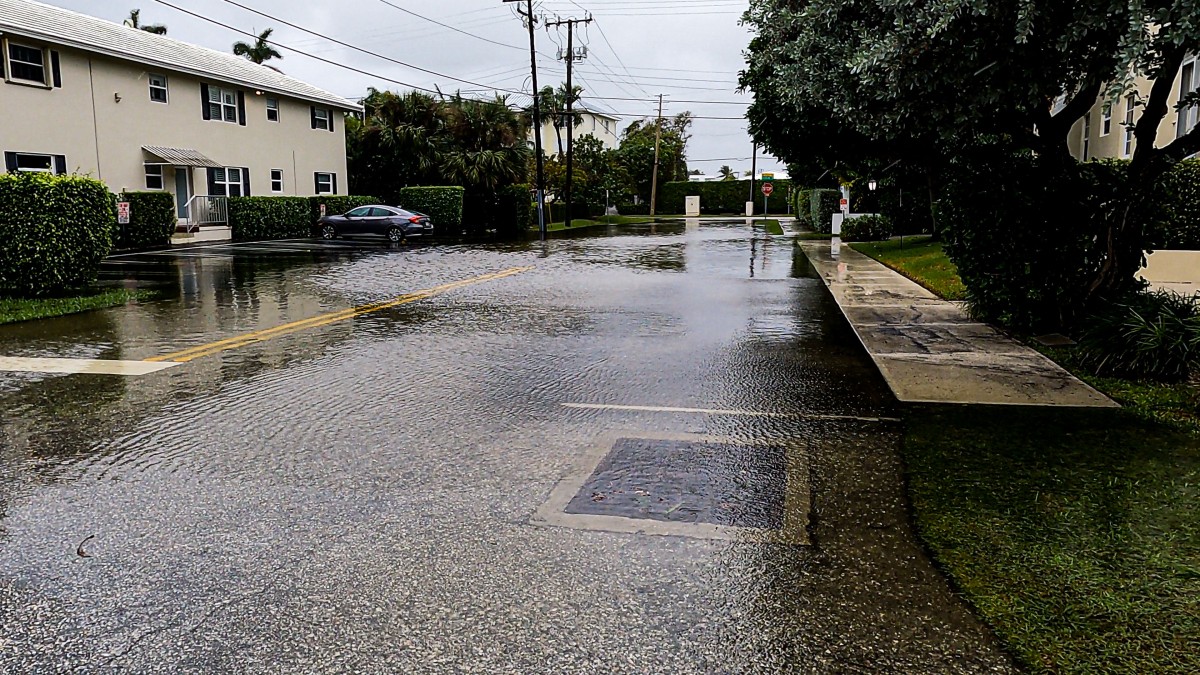 Tropical Storm Eta made landfall in the mid-Florida Keys, but it left a lasting impression on homeowners 90 miles to the north in South Florida. Many who owned real estate inland away from the coastline in what they thought were high and dry neighborhoods in Palm Beach County, Broward County, and Miami-Dade County woke up on Monday, November 9, to flooded homes, streets and businesses. Climate experts are already saying the devastation is a result of a dangerous confluence of soils already saturated by repeated rain events in October, a tropical storm with heavy rains super-charged by climate change, and a drainage system based on gravity that’s operating less efficiently due to sea level rise.

Bryan Norcross, a hurricane specialist at Local 10 in Miami, said the region has experienced this type of flooding before, just not in recent years. “I’ve been dealing with hurricanes since the 1980s and that’s evolved into discussing how climate and hurricanes fit together,” he said in an article posted on the station’s website. “The fact that sea level is rising and rising a little more than just a half an inch, an inch at a time, that makes our drainage system work more poorly.” In other words, when there’s less difference between the elevation of water pooling on land and water in the drainage canal system and ocean level, the harder it is for the system to move water off the land and into the ocean.

In an opinion piece titled “Historic Eta flooding in Florida areas thought to be drier proves we’re all vulnerable,” Miami Herald columnist Fabiola Santiago described what it was like living in a neighborhood that flooded. She said the experience at her home in Miami Lakes, an inland community she thought was not vulnerable to flooding, was like living on an island. Even if a resident’s house and street weren’t flooded, they were still impacted by the flooding because they couldn’t travel far before they encountered a flooded street.

“If your street didn’t flood,” she wrote, “you still couldn’t get out of your neighborhood because other thoroughfares did flood. Streets were dangerously deeper than they seemed at first.” She also worried that she would lose power and/or internet service due to the flooding.

Santiago’s final paragraphs are a cautionary tale for all who are considering purchasing real estate in coastal areas vulnerable to or now experiencing sea level rise flooding: “Global warming is real folks, not just a concept put out there that only concerns the scientists. Eta’s rains are here to show us just how up close and personal climate change can get in all of South Florida.”

Touring storm damage in my own city in southern Palm Beach County, I saw many streets that normally experience sea level rise flooding, especially in the fall “king tide” months, flooded to a higher level than I’d ever witnessed. Streets that residents needed to travel to get from their homes were bisected by floodwaters rendering them useless. This is a major frustration to many property owners in my area. Experts say property values in areas that experience sea level rise flooding are already appreciating at a slower rate than properties that don’t.

Tropical Storm Eta’s nasty surprise is a reminder to all property owners and buyers that they need to perform due diligence and know the risk of flooding to homes and businesses so they can make an informed decision regarding real estate ownership. It’s also a reminder that they can’t just focus on a given property or neighborhood, flooding in the wider community and region can also impact their ability to get around town and the costs of maintenance, insurance, and taxes, as communities are forced to invest ever more in efforts to prevent flooding events.