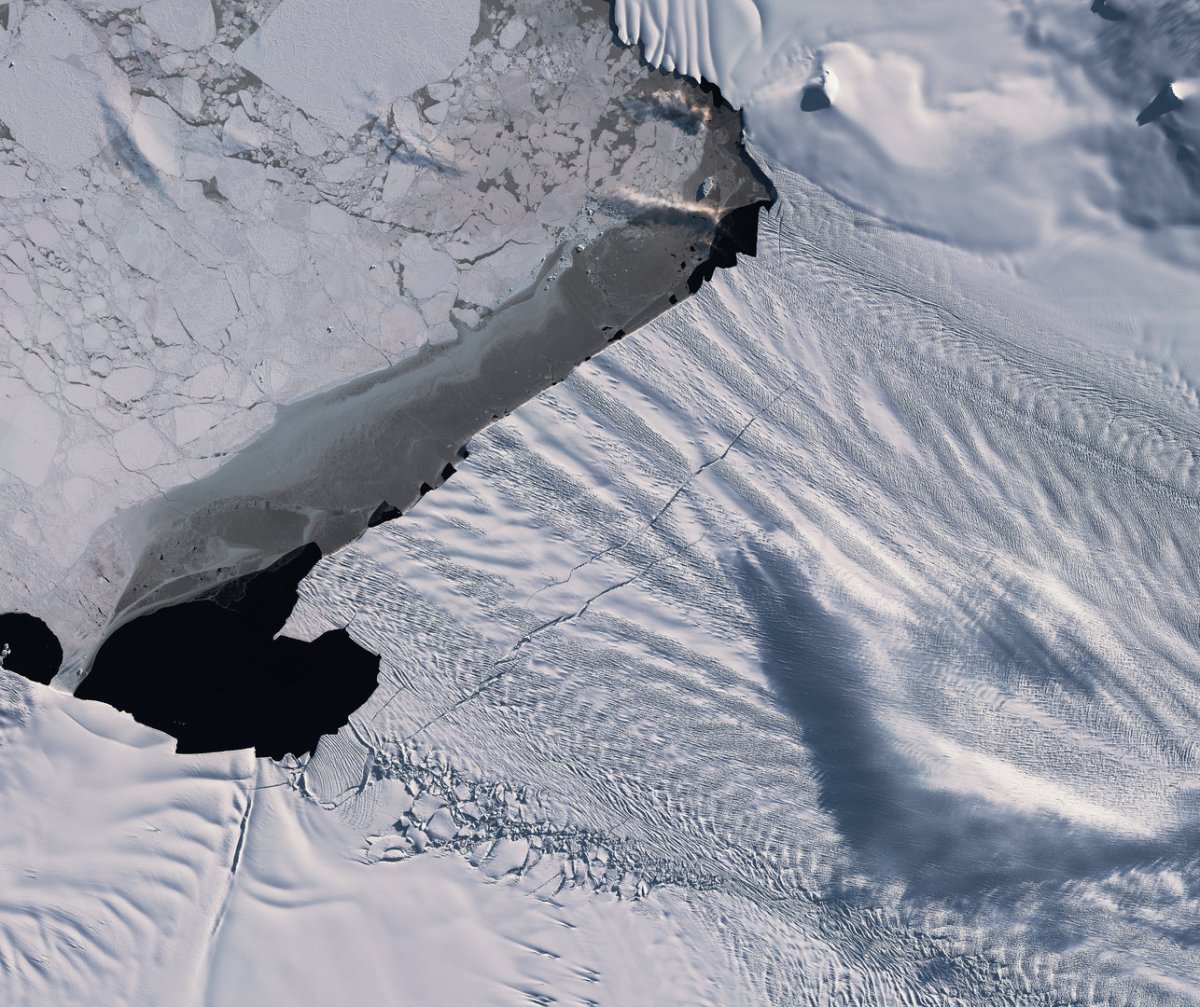 It’s well established that climate change — global warming — is causing glaciers to melt at an ever-quickening pace in Antarctica and Greenland. As a result, sea levels too are rising at a faster rate every year.

The challenge for scientists gathering the data government officials, planners and buyers, sellers, owners and real estate agents in coastal cities need to make informed decisions in response to the rising waters is that there is more than glacial melting that can cause sea level to rise. The warming atmosphere and oceans are also eating away at ice shelves floating on the ocean that are the only barriers holding back inland glaciers that, if uncorked by the loss of the floating ice shelves, could raise sea levels not just by inches but by feet.

This point was illustrated today when satellite data showed sometime between February 8 and 9 an iceberg twice the size of Washington, DC, broke off the Pine Island Glacier in West Antarctica. The enormous iceberg itself won’t directly affect sea level rise. Floating ice already displaces a volume of water equal to the amount of water that runs off into the ocean as it melts.

The concern is that this calving event, the latest in increasingly frequent calving events, is another step in glacial retreat that could clear the way for an enormous amount of inland ice to flow into the sea, which would speed up sea level rise. In fact, if inland ice associated with the Pine Island Glacier and nearby Thwaites Glacier were free to flow into the sea, global sea levels could rise by as many as four feet.

Scientists don’t expect The Pine Island Glacier and Thwaites Glacier to slide into the sea tomorrow, but they’re still gathering the data they need to estimate when it could happen. With communities all along the Atlantic, Pacific and Gulf of Mexico coastlines already spending billions of dollars to combat sea level rise flooding, buyers, sellers, owners and real estate agents need to keep up on the latest developments in Antarctica and Greenland as if they were local stories. Ultimately, they are.

(The photo from the European Space Agency shows cracks forming on the ice shelf of the Pine Island Glacier in September 2019.)